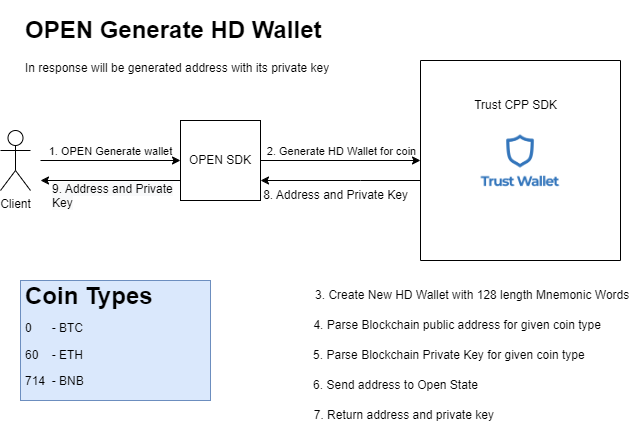 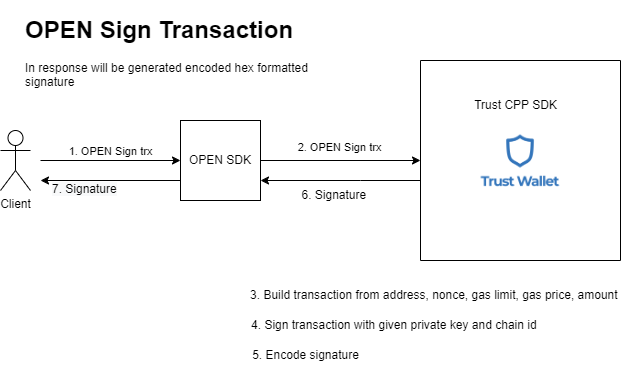 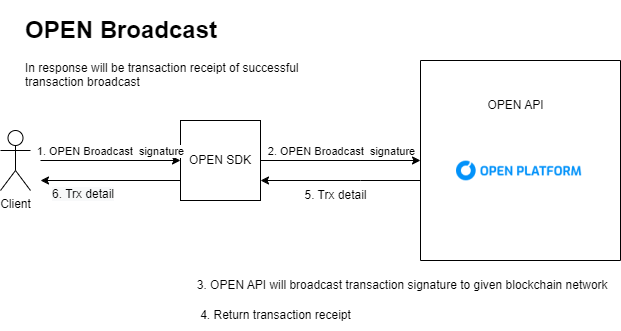 # How encryption works with Trust Wallet

The private key is used to verify transactions and prove ownership of a blockchain address. When a user wants to import his address to the Open Platform he might concern how securely the platform stores the private key. Storing the data in the raw way can be cracked by hackers or malefactors. The platform does not store sensitive data in raw format but it encrypts them. This is done by SDK Open Platform provides different SDK’s to allow users to encrypt their private key on their own.

That SDK has a pair of methods to work with:

It is used by Open Platform itself to encrypt and decrypt data appropriately. It is implemented using the AES (also known as the Rijndael algorithm) and publicly available. Right now it is supported by two platforms: JVM, PHP.

AES (advanced encryption algorithm) is a symmetric block cipher algorithm. Symmetric encryption schemes use the same symmetric key (or password) to encrypt data and decrypt the encrypted data back to its original form. In present day cryptography, AES is widely adopted and supported in both hardware and software. Till date, no practical cryptanalytic attacks against AES have been discovered. Additionally, AES has built-in flexibility of key length, which allows a degree of ‘future-proofing’ against progress in the ability to perform exhaustive key searches. Open Platform uses Counter modification of this algorithm with 256 block size. Further is described what it will look like as part of the platform.

The part working with passwords is not trivial as well. Any time when password is provided it will be transformed with KDF (key derivation function) in order to survive password guessing (brute force) attacks. Since the attacker might know a password in plain text/encrypted form, he can guess the logic of the encryption and try to reverse it. If he succeeds, all passwords will be retrieved as quickly as they were in plain text, regardless of the algorithm’s complexity. This is why the platform uses a KDF function.

These type of functions have many strengths:

Technically, the input data for PBKDF2 consists of:

The following steps are performed when a user is interacting with the Open Platform.